My friends (starting from left to the right, in the back) Jenny, Kathleen, Jenna, Lawlah, Allie, Julia, and Vanessa came over to celebrate to start of the premiere with all of our amazing goodies!

We had so much fun with the other promotional goodies – such as the beach balls, “Pretty Little Liars” and “Chasing Life” mini posters, and ABC Family summer season lineup fans. 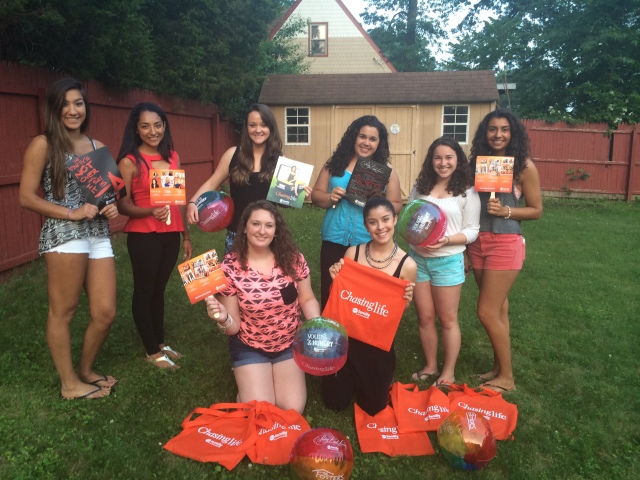 Coasters featuring ABC Family’s summer shows were also included. They were perfect to put our drinks on…..

…and to keep the “Pretty Little Liars” fun going during the commercial breaks!

Whenever people tweet at me asking how I received all these awesome goodies for my friends and I, I just tell them that I’m lucky enough to be working with Seventeen Magazine thanks to “Sparkle and Shine.”

Thanks ABC Family and Seventeen Magazine for this opportunity!

P.S. readers, The Collegiate Standard is still offering 10% off with coupon code SAMI10. Head on over to get your shopping on while the coupon is still available!