Ugh, this Wednesday is so needed. I don’t know about you, but I feel like I haven’t had time to take a break and just breathe. I have off from work today. I have made a vow to myself to do all blogging work, intern work, and Res Life work in my favorite pajamas, comfiest slippers, while sipping iced coffee from the biggest coffee cup I have. Plus, with going back to school and starting all my other activities oh so soon, I really need to enjoy these days while I can.

What I would really love to be doing with this day off is lounging by the pool catching up on all the celebrity gossip! Lucky for you, you don’t have to worry about this! Thanks to my internship at TheCelebrityCafe.com, I bring all of your favorite celebrity and entertainment gossip right to you.

Who has been named the most-viewed person on Snapchat? Eminem made fun of which star now? And you will never, ever guess which celebrity couple has been spotted out together mid-divorce! Find all this out – and more – right below:

I wonder what is going to happen this week in Hollywood….stay tuned for next week’s Hollywood Hump Day Treat and I will fill you in!

Sorry that this is my first post in a week, readers! I posted last week’s Monday Musts with positive hopes of a speedy recovery. Though it has been going speedy, it was not as speedy as I thought. However, now that I am back to college (with a very inconveniencing brace and crutches), I am excited to get back on Sparkle and Shine. I have some exciting posts planned readers, so get excited. I sure am!

But without wasting a single second of this Monday, seeing as it is after 10 p.m., here is this week’s Monday Musts!

With the premiere of Miley’s new music video, Wrecking Ball, premiering today, I just had to make this song this week’s number one Monday Musts. Though the music video is rather different for my taste, the song is absolutely addicting. Just ask my roommates – I have been playing this song nonstop for the past few days. Though I have no singing ability whatsoever, I still just have to belt this tune out whenever I listen to it. No matter how much gossip swirls around Miley and her antics, there is no way of denying how incredible her voice is. Wrecking Ball really shows off her musical talent and proves that I will always be a Miley fan.

The Kardashian hubby has some new tricks up his sleeve – and that includes a tell all book. This week’s In Touch has reported that Odom has signed a $5 million dollar deal that will expose a bunch of Kardashian secrets. According to In Touch, Odom will be exposing  “the identity of Khloe’s real father, what Kim has done for money and Kris [Jenner’s] flirtations with her daughter’s men.” As an avid Kardashian watcher, and yes I am willing to admit that, I am dying to read this book. And for any other other Kardashian fan, I am sure I just made YOUR day/night by sharing this info with you!

I spent my week at home icing my knee and watching movies. My favorite was Now You See Me about a group of magicians.  Instead of my normal female rom-coms or occasional scary movie, I went for something a little bit different. The movie was about a group of magicians who stole money from banks. The movie seemed like it was all flowing well, as you tried to make your guesses about what was going on and figure out the movie’s secrets, before you know it – huge plot twists came. I don’t want to ruin anything for anyone who is thinking about watching this, because it is absolutely a movie everyone should watch. Just take my word on it readers, it is worth it – no matter what type of movie you like! 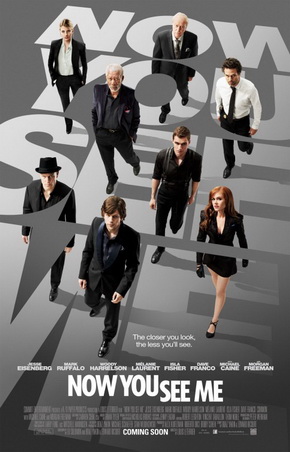 There’s only a few more hours left in this Monday, but either way, I hope it was great for you all! As I continue with all of my homework and makeup work, I wish all of you a great rest of your week. Like I said, keep your eyes out for a bunch of more posts coming up this month.