I can’t believe that this is my last Monday being home for winter break. I made sure to do all my last minute errands today – like the essential last eye brow wax – before I head back to school on Saturday! I’ve been packing… and over packing…. all my new clothes (sorry mom!) for my second semester of sophomore year. I just can’t wait to be back with my friends and sisters. However, I am very much going to miss my family.

But before school even comes, I am excited for my big to come home from Trinidad tomorrow, so she has wifi again so we can text non-stop!  Because as you may not know, we do….

Another reason I’m excited for this week, “Duck Dynasty” comes back this week for a new season!!! I love how so many people are relating the show to me – I received a snapchat today of a Walmart’s “Duck Dynasty” section from my friend Bailey saying how it madde me think of her and a sister of mine Tweeted “Duck Dynasty” tee shirts she found to me because it made her think of me. Quack, quack!

But here we go, readers, this week’s Monday Musts!

CBS has a new show this season called just “The Millers.” I watched it one night after “The Big Bang Theory” and became obsessed. I binge watched every single episode On Demand in the matter of 48 hours because I became so obsessed. The hilarious show follows the Miller family after the parents, Tom and Carol, separate after 43 years. After their son, Nathan, tells his parents of his divorce, Tom promptly leaves Carol. Carol them moves in with Nathan, who is 43 years old. Tom moves in with daughter Debbie, and her husband and son. The show has me laughing every single time for the full 30 minutes! I haven’t binge watched a show like this in forever because I’m just so hooked! Catch it Thursdays at 8:30 p.m.

In an old My Monday Musts, I talked about how I watched “The Bling Ring” movie and became obsessed. I decided to read “Vanity Fair” writer Nancy Jo Sale’s biography on the crime spree. It was such an interesting read because Sales was in contact with the lawyers of the defendants, the defendants themselves, such as Nick Prugo, and offered an interesting insider facts and statistics. For anyone else who is as interested in the Burglar Bunch and their celebrity stealing spree, I absolutely recommend this book. Just be forewarned – it is written very much like a magazine article.

3. I got my third hole pierced in each ear!

Yay! I got another piercing, readers! I got my third hole in each ear pierced this past week when Julia and I went on a (much-needed) shopping spree at the mall! Ever since I got my cartilage pierced, I had wanted to get my third hole pierced – and I finally did! Seven piercings in total in both ears and now I’m official done! Yay! 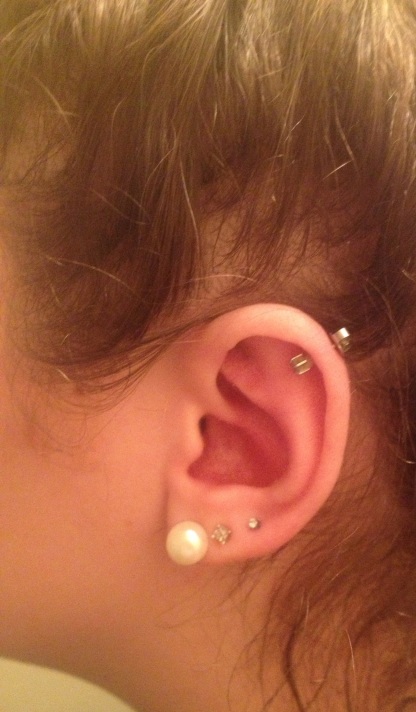 Yay! Now time to go watch the season premiere of “The Fosters” and Juan Pablo on “The Bachelor.”

3 thoughts on “My Monday Musts”