What better way to relax this weekend by laying by the pool watching Netflix OR for those of you are #indoorsy, lay in bed with the A.C. blasting while watching the good ole ‘flix.

We all know I’m addicted to Netflix, so here’s some of the shows that I have binge watched in the past few months….. 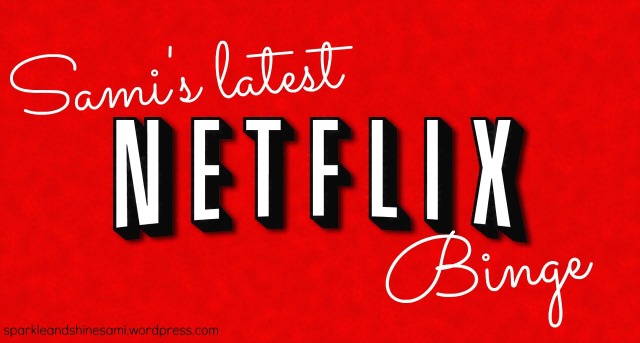 Wow wow wow…babes, I haven’t done a Netflix binge post in years! Heck, the graphic still has .wordpress.com on it!

Parks and Recreation: The hilarious seven season show, known as Parks and Rec, revolves around Leslie Knope and her team at an Indiana Parks and Recreation Department. Leslie has big dreams for furthering herself in the political world, but as for the rest of her team…..they would prefer to be anywhere but there. The show begins with Knope helping local nurse, Ann Perkins, turn the abandoned construction site that injured her boyfriend Andy Dwyer, into a community park. Leslie hopes that her team, including  her underachieving co-worker Tom Haverford, her government – opposing boss Ron Swanson, and the uninterested department intern, Aubrey Plaza. With the show using the same filming style as The Office, with the same implication of a documentary crew filming everything, the cast’s side commentary is as hilarious as the show’s actual hijinx.

New Girl: Quirky teacher Jessica Day returns to her boyfriends’ home one day to find him with another women. She immediately breaks up with him, leaves and begins to look for a new place to live. She answers an ad on Craigslist and moves in with three single men: Nick, a grumpy law school drop-out, Schmidt, an uptight womanizer who used to be overweight, and Coach, a former professional athlete turned personal trainer. (However, for anyone who starts to watch the show from this post, I feel it is important to note that Coach moves out after the pilot and the loft’s former roommate, Winston, moves back in.) The men, Jess, and Jess’ childhood best friend and fashion model, CeCe, form a bond to create a dysfunctional family. Together, the group discovers more about themselves, their careers, love, and more. Not all seasons of New Girl are on Netflix, since the show is currently airing on Fox.

Orange is the New Black:  Like any true OITNB fan, I began to watch the newest season, season four, as soon as it premiered last month. As the most watched Netflix series, most of you know by now that the show follows Piper Chapman, who is sentenced to 15 months in Litchfield Penitentiary, a minimum-security women’s federal prison. The show also allows for viewers to get to know more about the other inmates, both through flashbacks and their current lives at Litchfield. This shocking season (no spoilers, don’t worry!) shows many characters in more-detail, has a surprising death, includes one character being released early, and so, so much more!

Gossip Girl:  High school just got a lot more dramatic for a group of privileged Upper East Siders. Gossip Girl, an anonymous blogger, sends text-message blasts with the group’s deepest secrets and scandals. Once the group, featuring frenemies Blair and Serena, Nate, Dan, and Chuck, graduate from high school, they hope Gossip Girl’s reign will end. But as the scandals continue and hearts continue to break, Gossip Girl continues to share all of their secrets.

Currently, my mom and I just started the Netflix-original Between, about a town that has been struck with a mysterious disease that has killed anybody over the age of 22. While under quarantine, the 21-year-olds and younger are now left to fend for themselves.
However, I am looking for something to watch when I am at the gym! So if you have any recommendations, let me know!

What are you currently binge watching on Netflix? Let me know by commenting below!

21 thoughts on “My latest Netflix binge…”